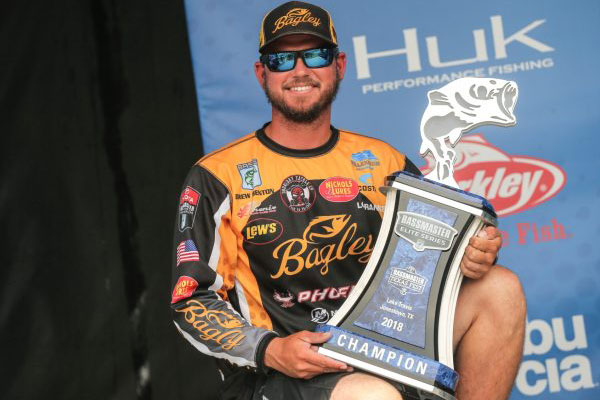 Drew Benton has been with Bagley since 2014 when he fished the FLW Tour and BASS Opens.  Drew grew up fishing, learning from his father and grandfather in the waters around Panama City, FL.  Intent on a pro fishing career after college and worked to achieve that goal and started his professional fishing career, rising to fish on the FLW Tour, where he found early success and won one event that got him rolling.  After two years of the FLW Tour he ultimately qualified for and moved onto the Bassmaster Elite Series.  In his first year on tour, he won the 2016  Bassmaster Elite Series Rookie of the Year with steady fishing.  Drew then won the 2018 Toyota Bassmaster Texas Fest event on Lake Travis and by the end of 2019  accomplished eight top 10 finishes on tour and finished 9th in 2019 in the Angler of the Year (AOY) standings.

Drew is a veteran angler who likes to fish a variety of patterns depending on each fishery the tour stops at.  He’s known as an accomplished finesse fisherman who flips jigs and throws crank baits and top waters.  Drew fishes many different Bagley lures, favoring the Bagley Bang O Lures, Sunny B and Flat Balsa B.  Also, when the conditions are flat and the water is clear, he’ll use the Bagley Knocker B to find fish and he’ll often land a needed big bass on this bait when nothing else is working.

Plus, follow Drew in his latest video series called The Cut!